human is free only in his choice of addiction
Feel the clear lightnings of the dusky brain;
was it you who chose the path in native skies ?
Perhaps to hate your unique grain.
View nft auction on Exchange.art
Creation Process
I was always intrigued by the matter of human existence and a strong believer of the uniqueness of being and its irrationality.
However I was curious about  the opposite side - structural life and matter of predetermined actions.
Questioning the matter of choice in our life. The matter of living predetermined life, where every choice was made before you even realized it.
How real is that ? How real does that sound to you ? Kindergarten, school, university, profession you never liked, life you never wanted.
Sounds dystopian, pessimistic to say the least, however the feeling of being a part of something bigger, feeling of helplessness nullity in the universe scale is devouring from inside.
Even when trying to escape the ‘predetermined’ plan assigned to you - it’s still a chunk of the same system.
A subject that was always swaying strings of my soul;
Subject that was way too absurd to discuss, but not concerning enough to express.
This audiovisual piece/expression is not only my attempt of bringing the idea of ‘predetermination’ to life, but a new artistic & technical challenge for me.
This time Ive decided to act as if its my debut in professional story telling/film directing, since this subject was so sensible for me and I had an artistic urge to fulfill my ambitions.
Thus being said I started developing the idea of merging  3D animation  with traditional 2D sequence, seasoning it with sound composition and bringing it all to life with physical digital frame, that will be eventually send to a collector.

Starting with the sketch I almost immediately had an idea in mind of the overall style and image of the animation.
I was struggling to start, to set up the right scene/colors/atmosphere. It took several iterations, until I was satisfied with the arm movement, texturing and overall coloring. 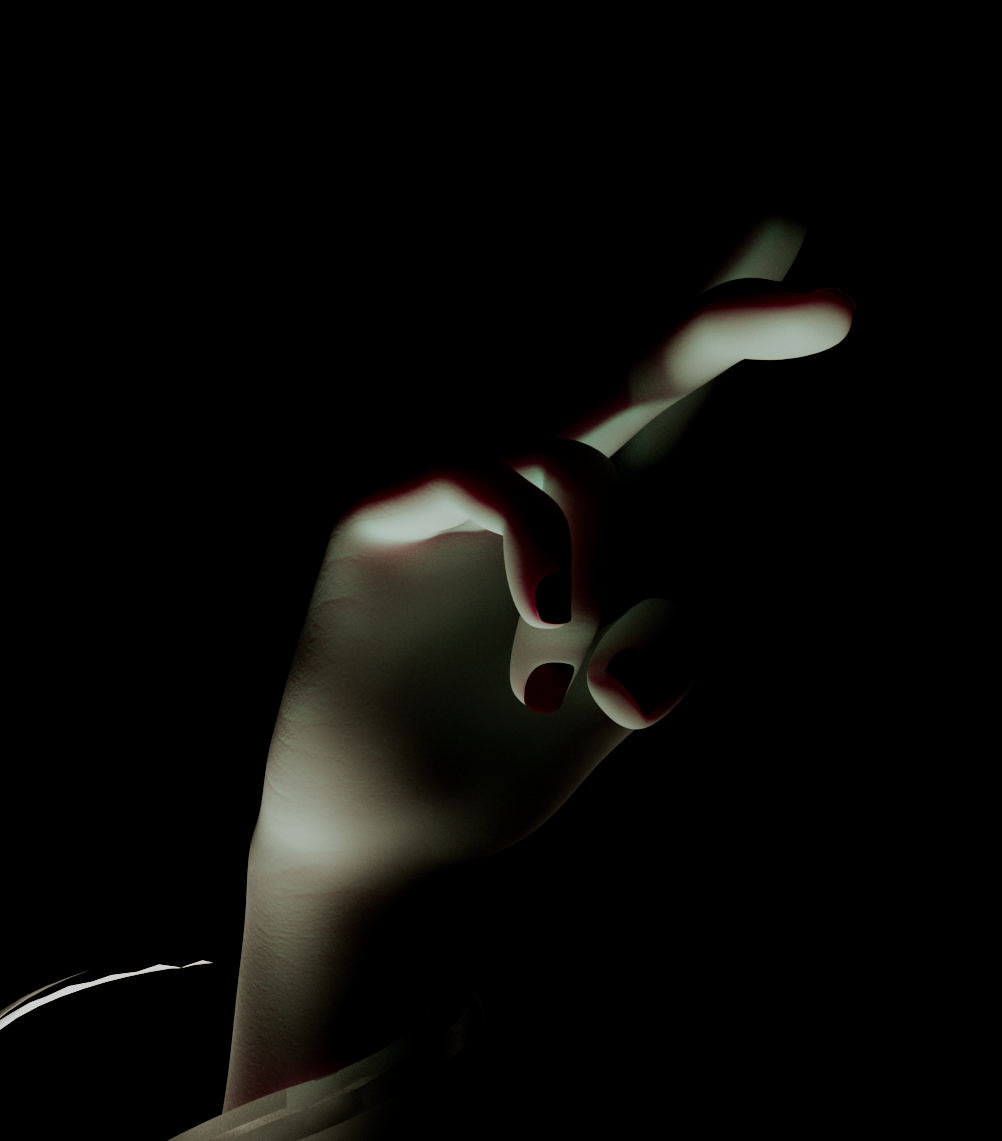 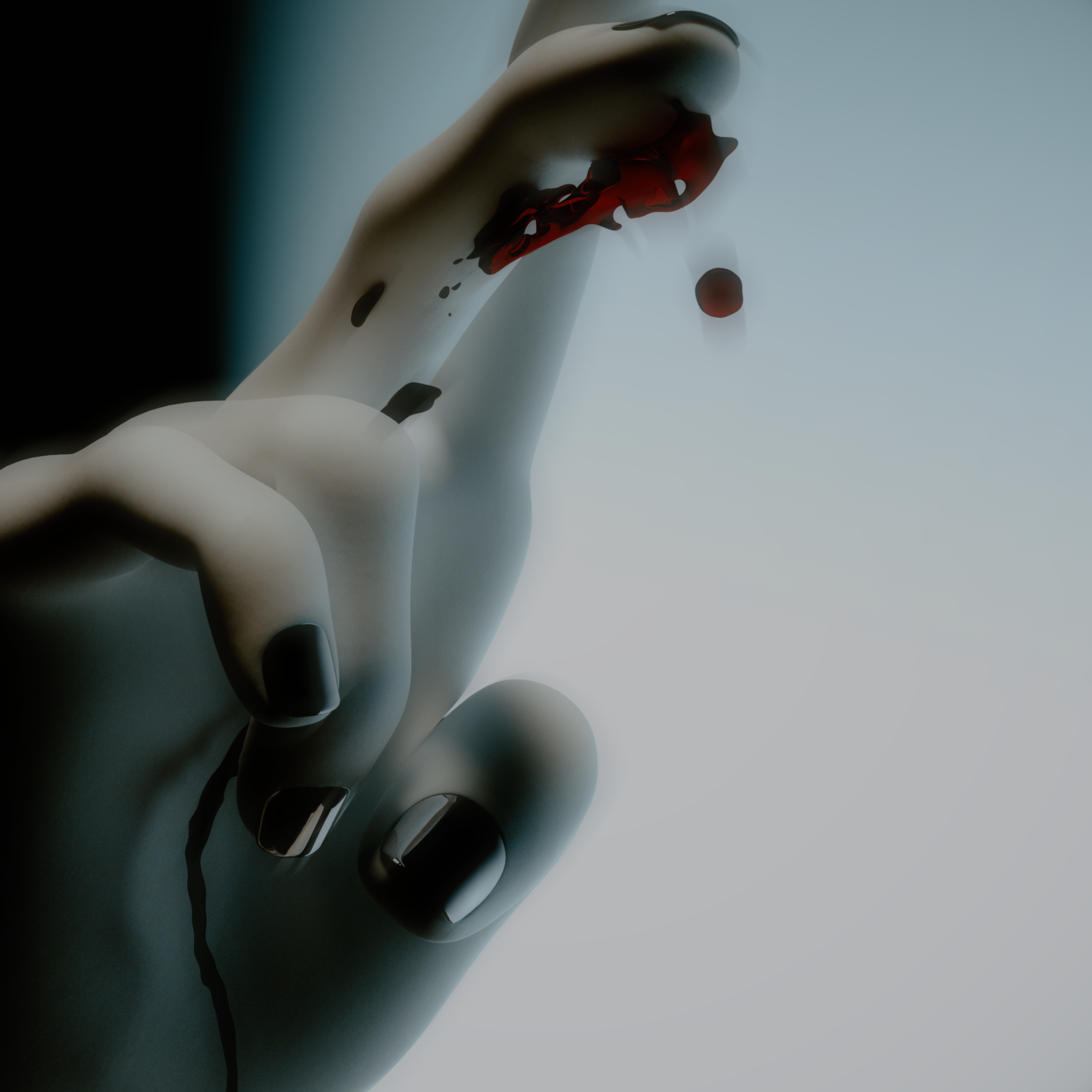 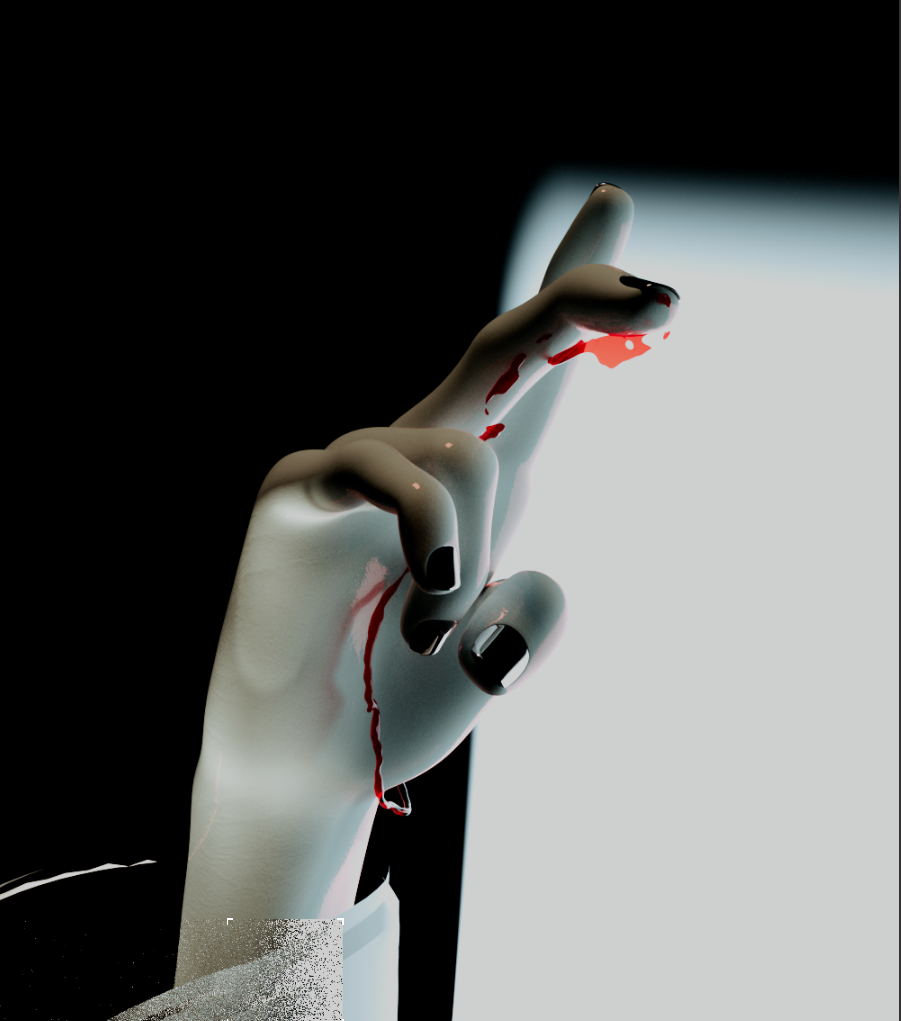 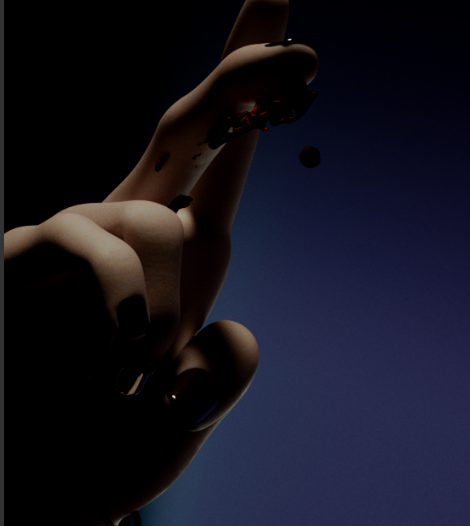 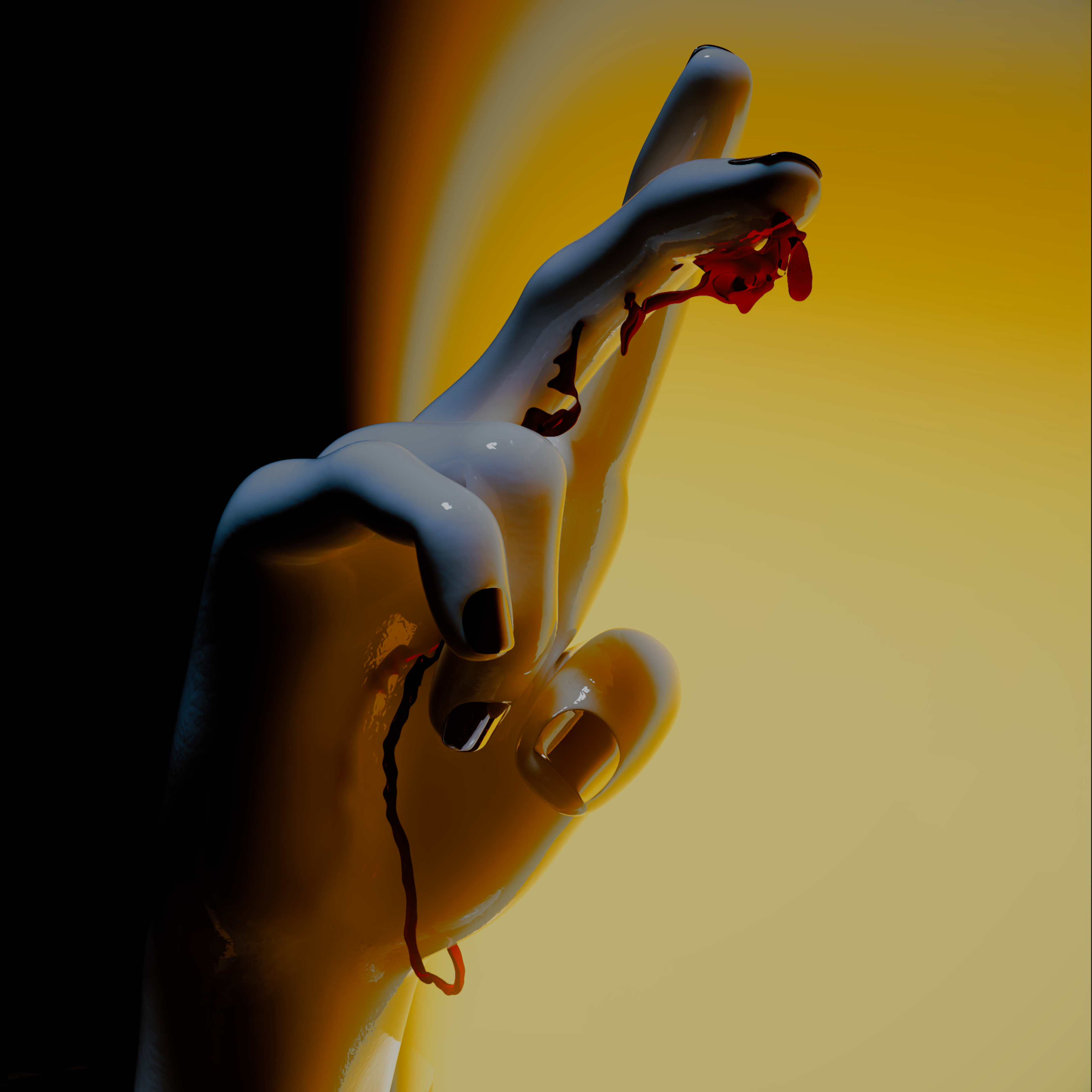 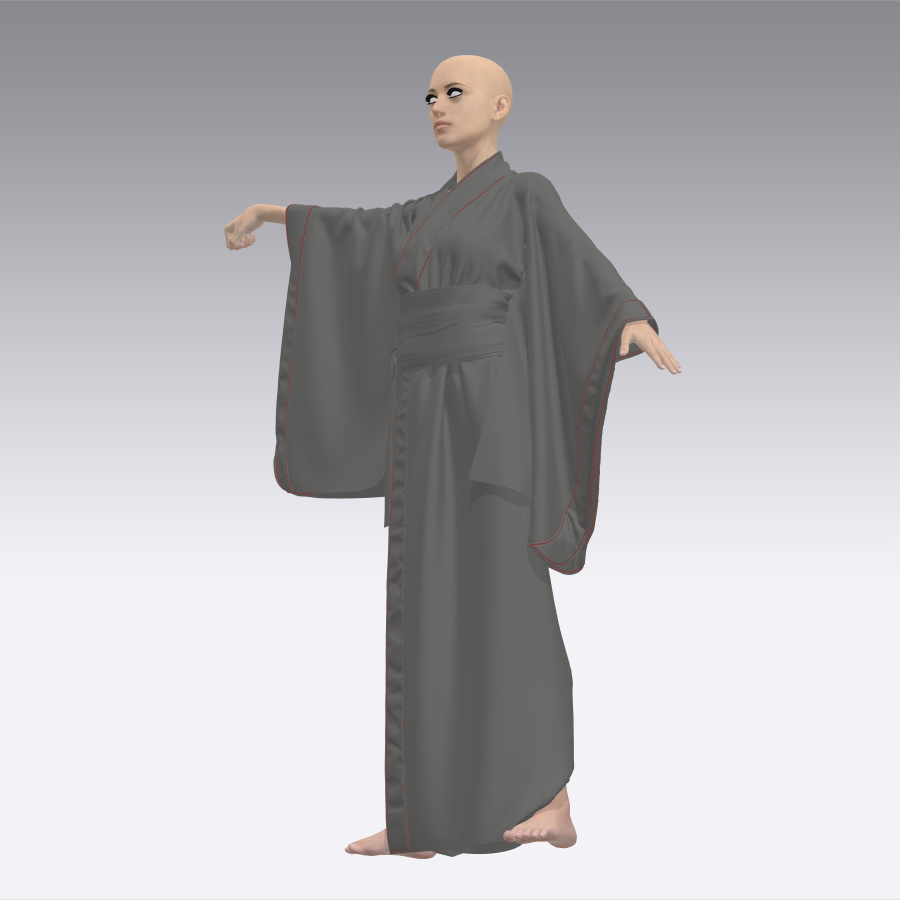 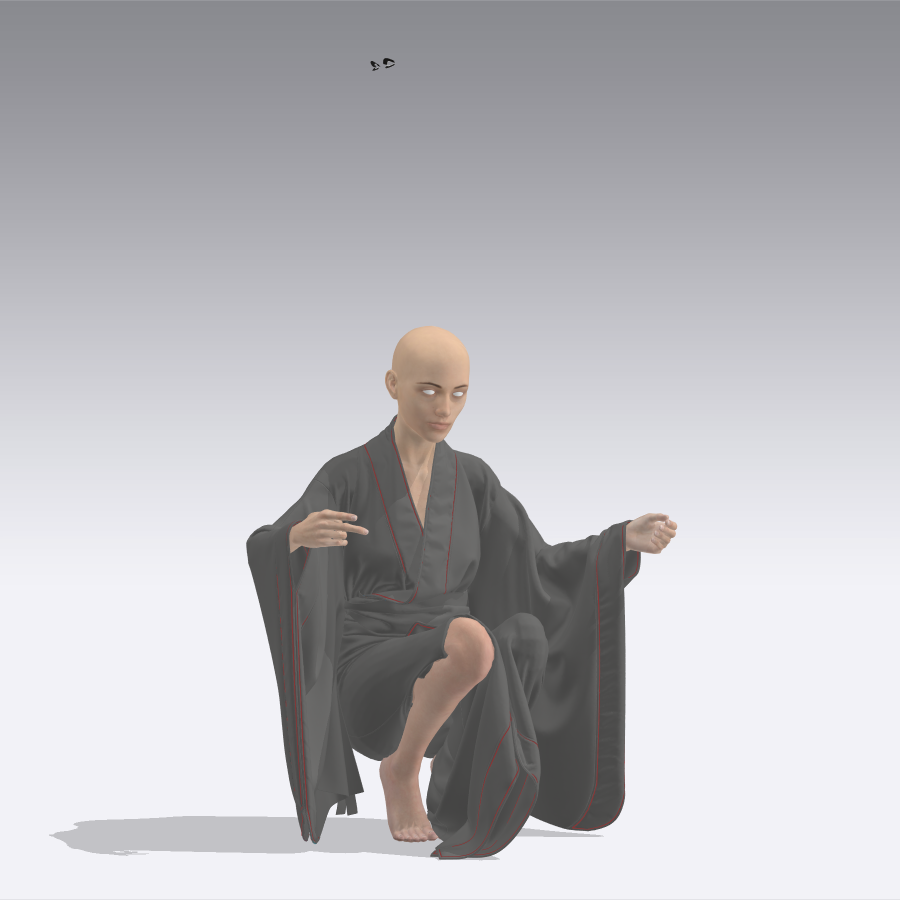 Interestingly enough I created garment for the first and last scene in ‘one go’ at the same project, so basically the transparent garment  movement is both opening and closing the animation sequence.

Next came one of the first challenges - fluid simulation, I was always curious about physic simulations of soft/rigid bodies, but liquid was a whole new level for me.
Ive started studying fluid dynamics roughly 6 months ago and it was the first ‘serious’ use of my knowledge. 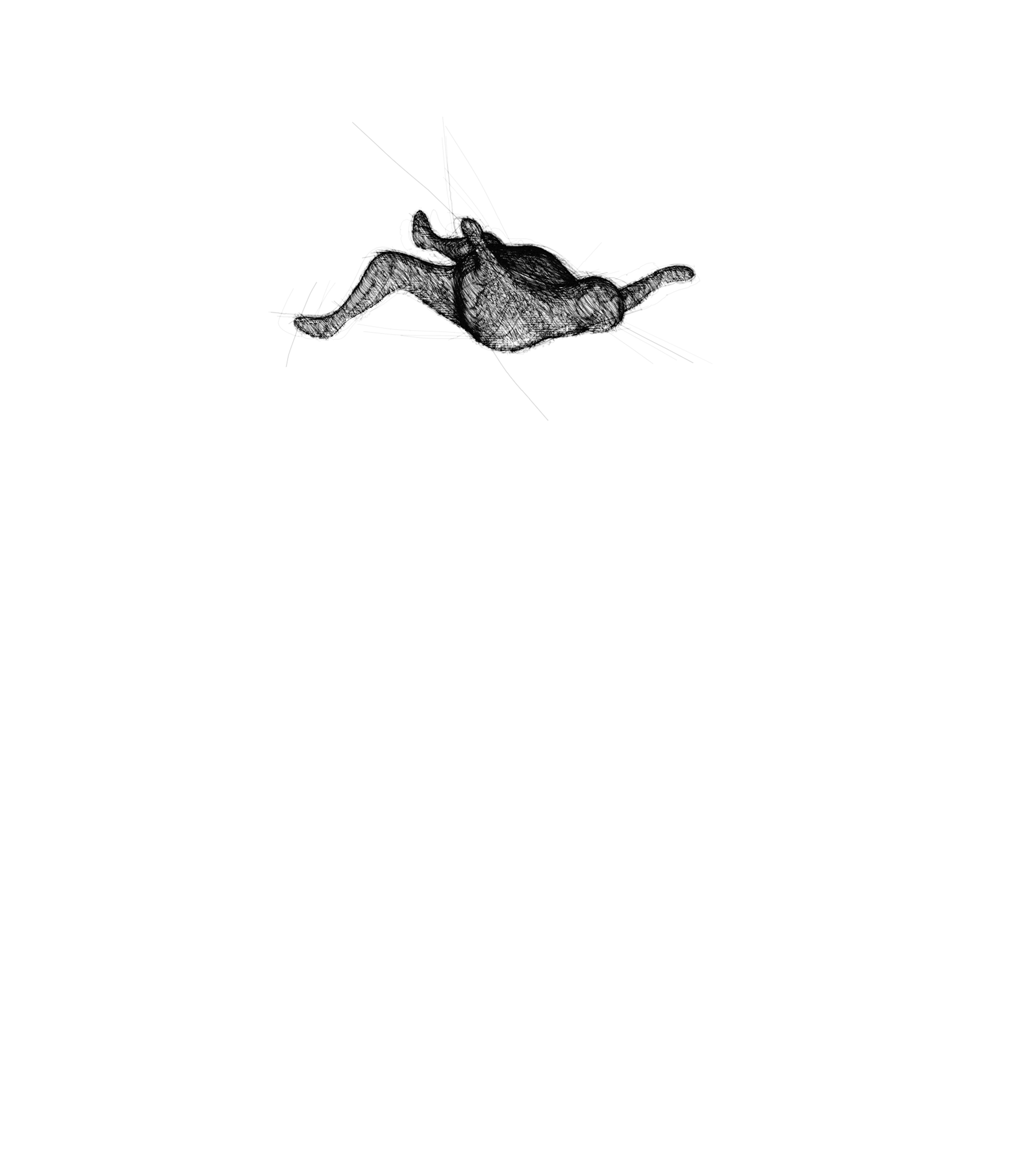 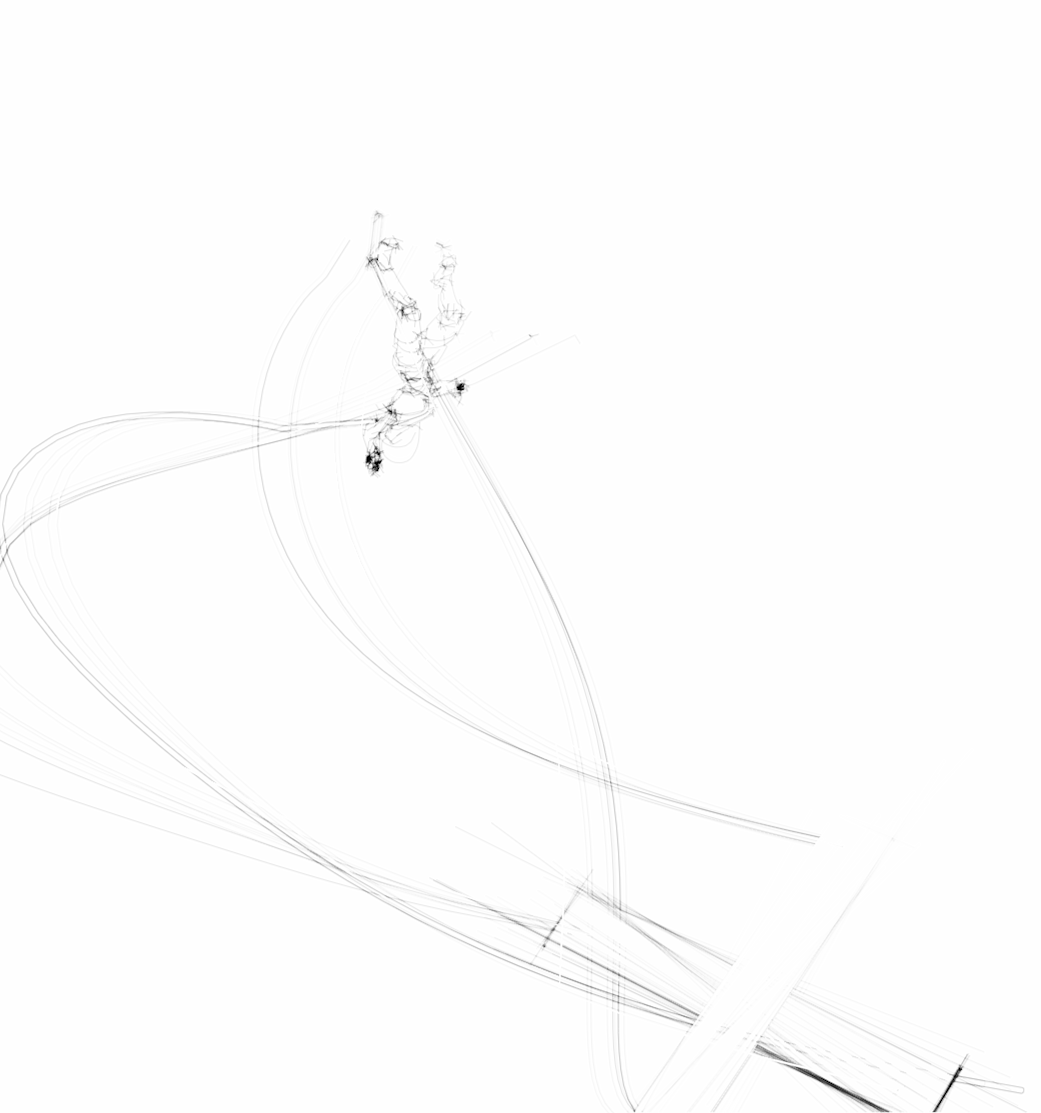 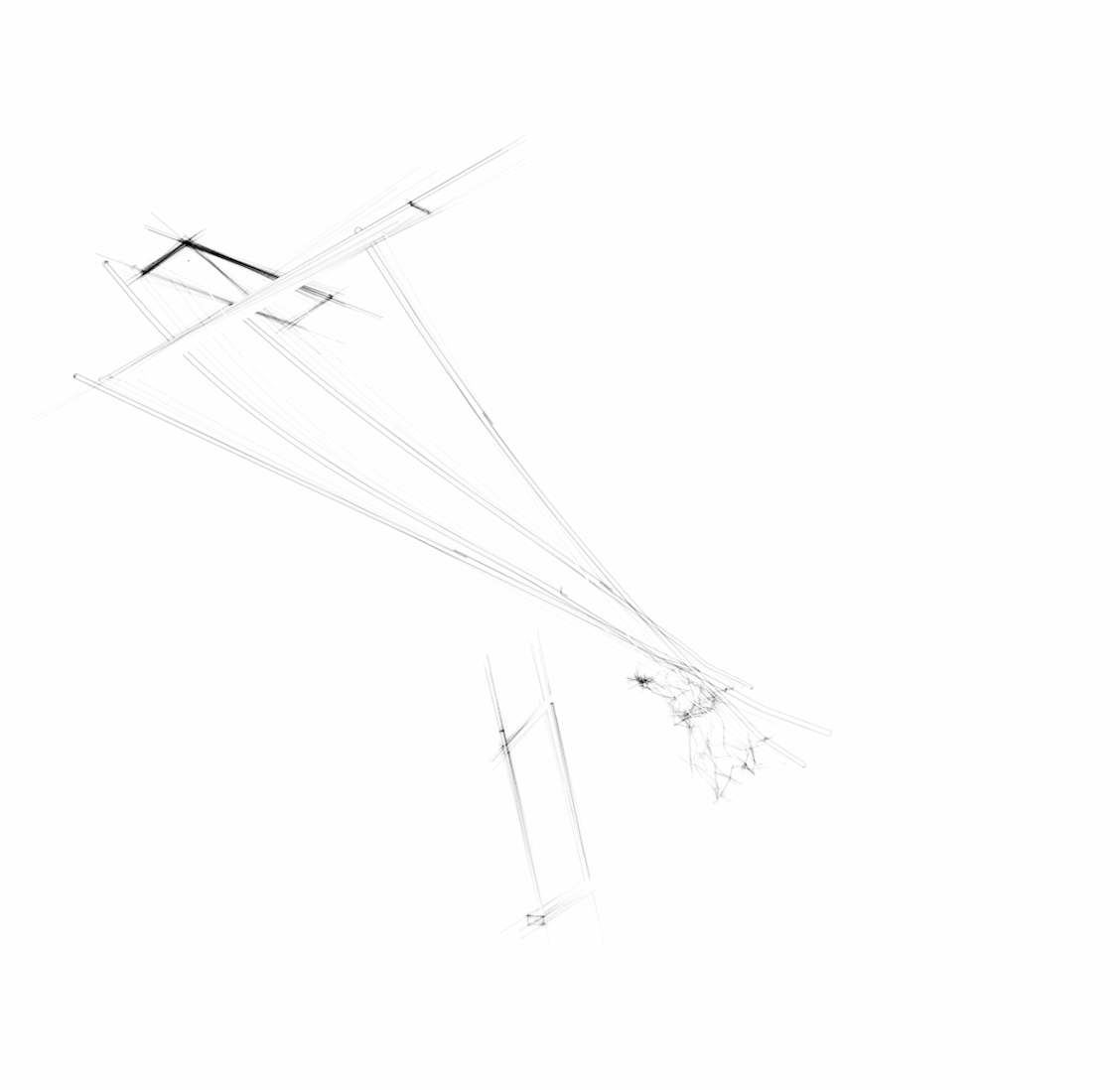 My main challenge didn't make me wait long - part of the 2D animation. I had to create the whole 2D sequence in 3D in order to analyze the motion and understand how to better represent it in 2D.
Then it was the matter of time and plenty attempts of creating the look I was ‘proud of’. 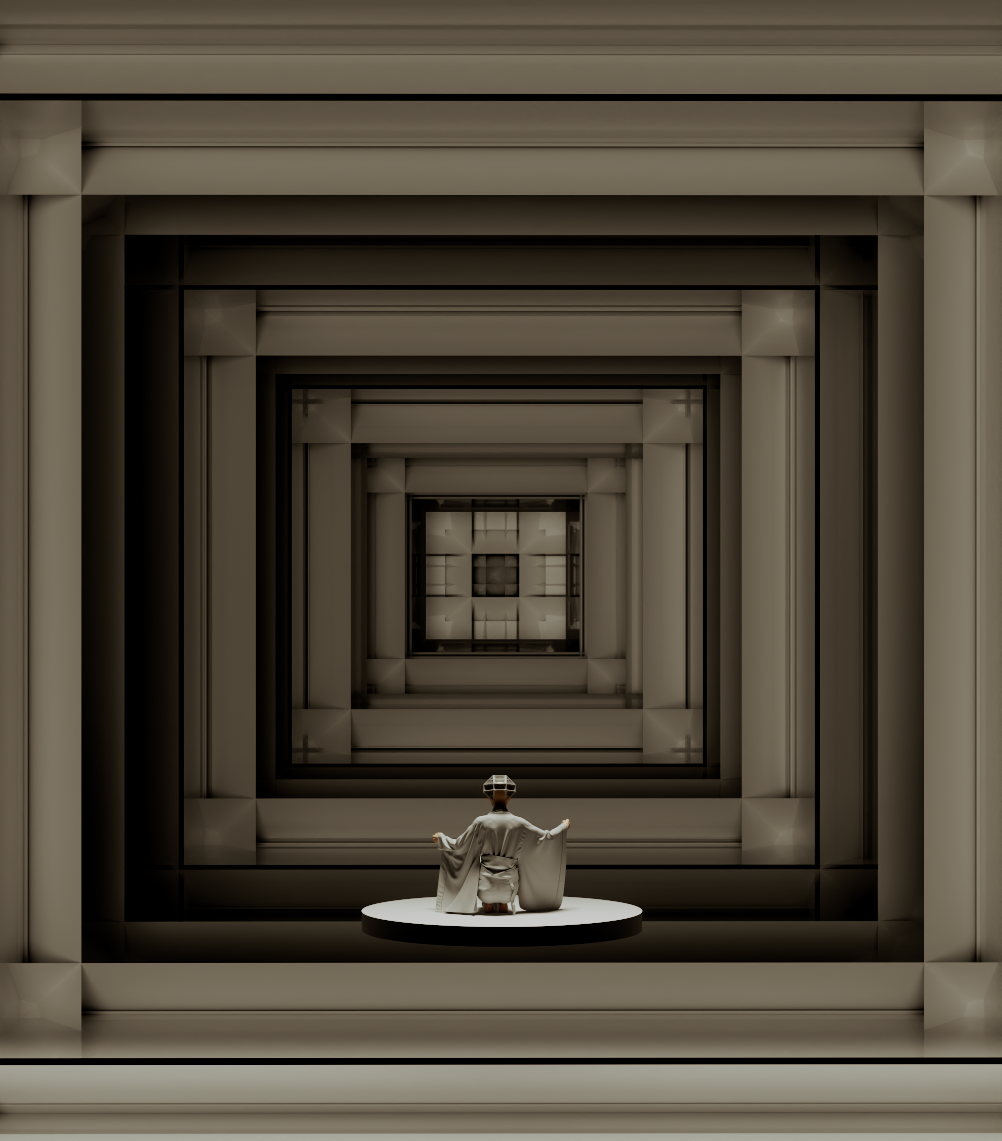 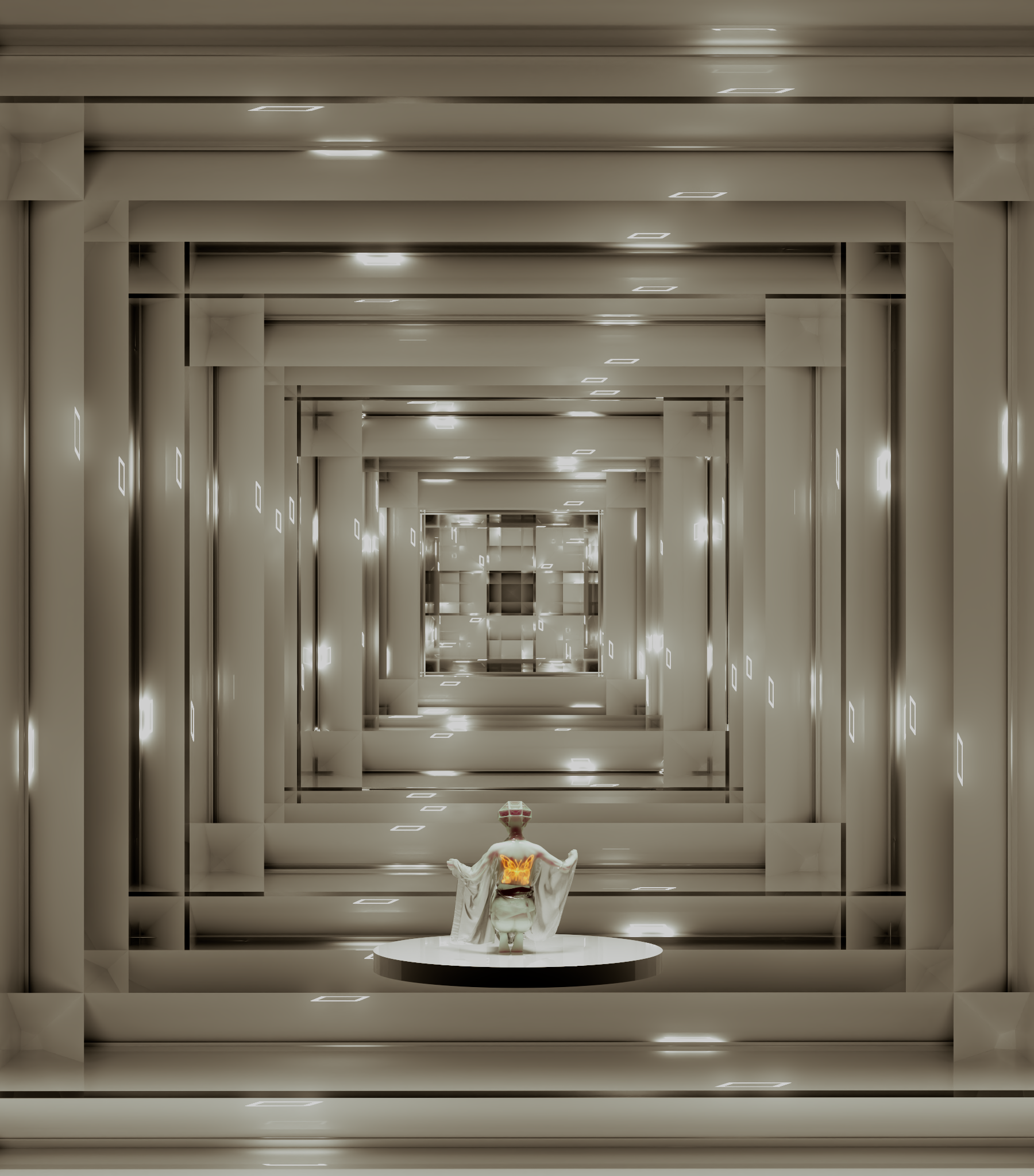 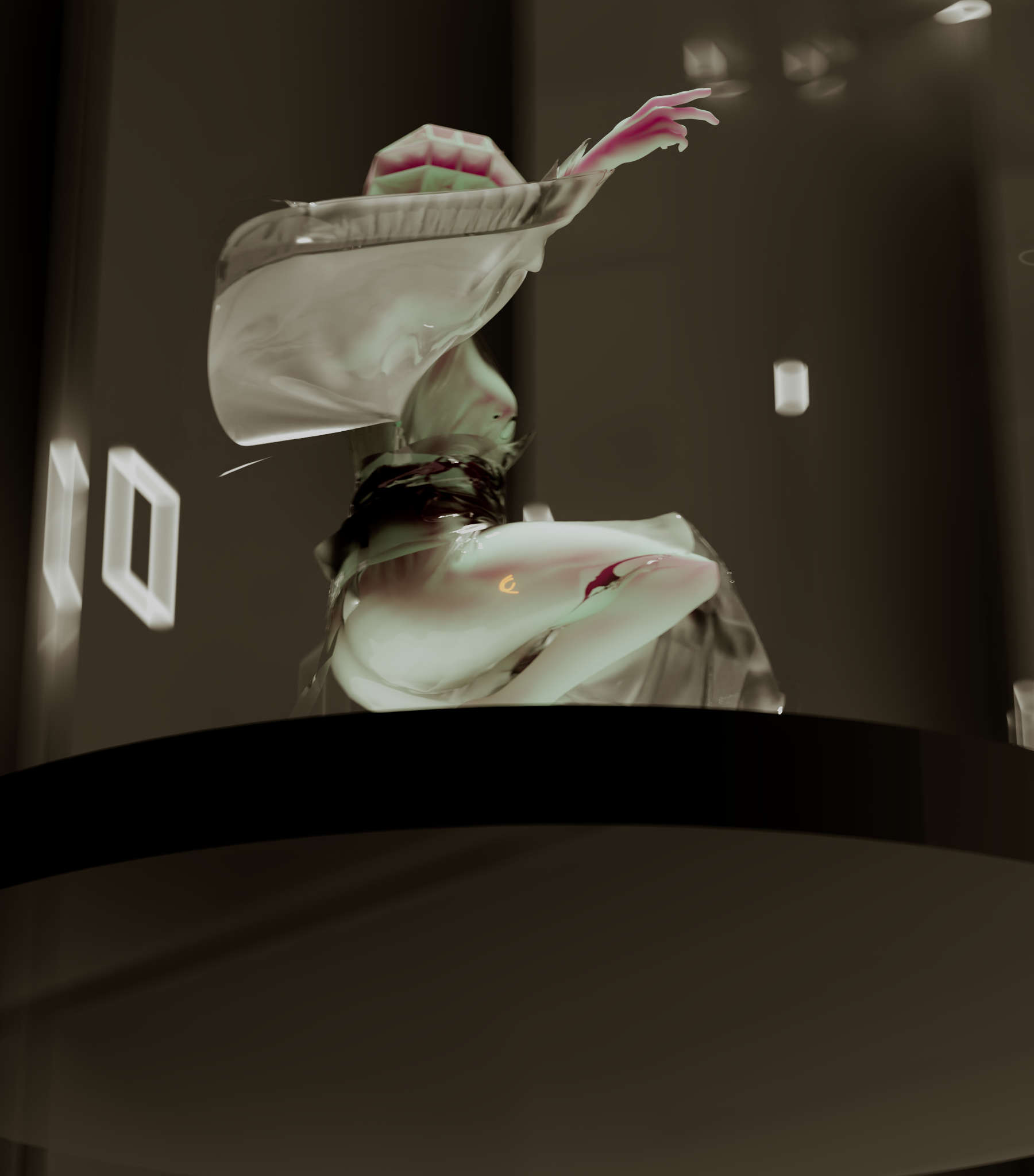 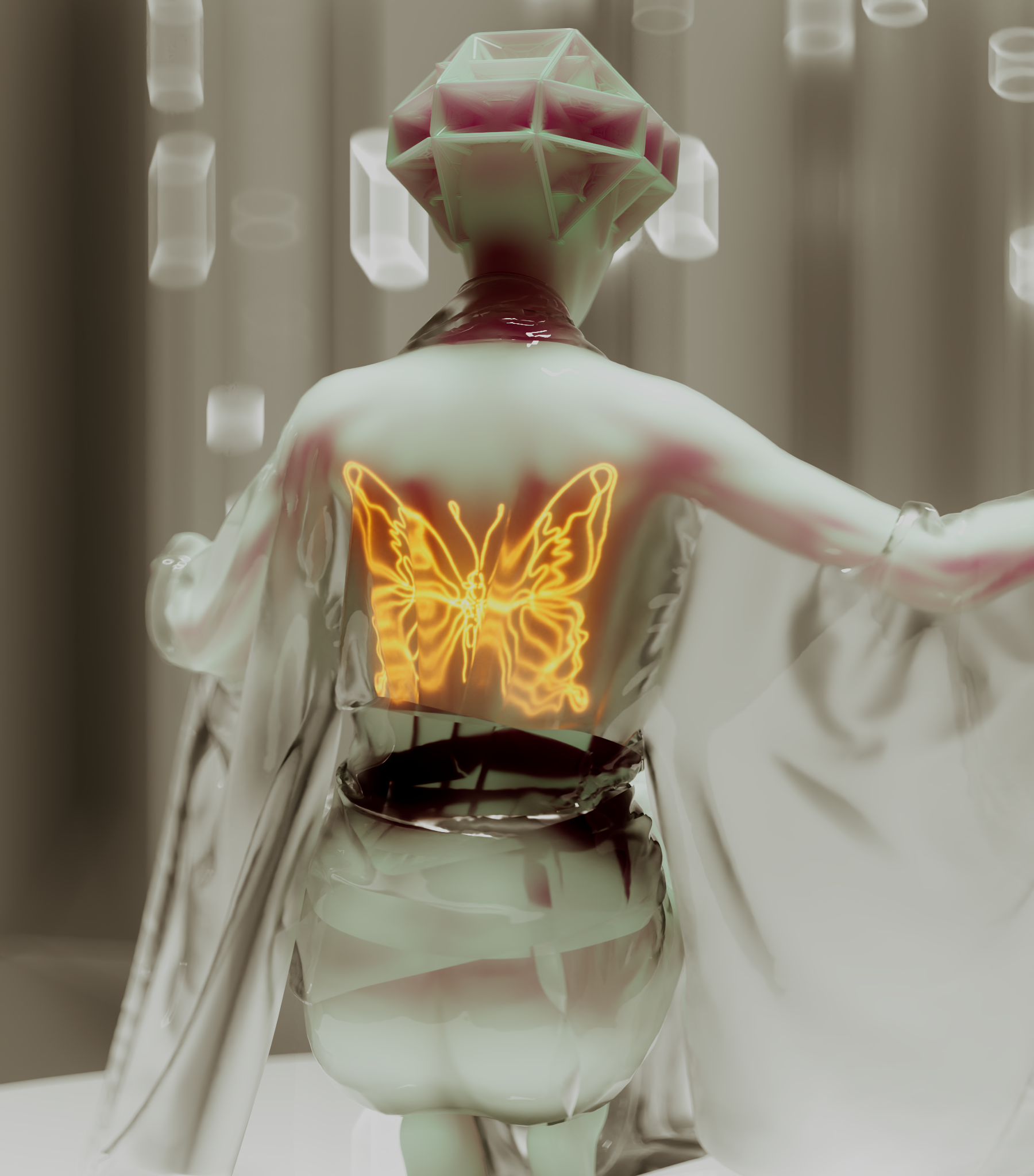 Creating the last scene was relatively a clear process since I already had a visual idea  of the first sequence as a reference.
I don’t won’t to go too much in depth about details and metaphors, I hope this piece will mean something unique for each person after watching  it. 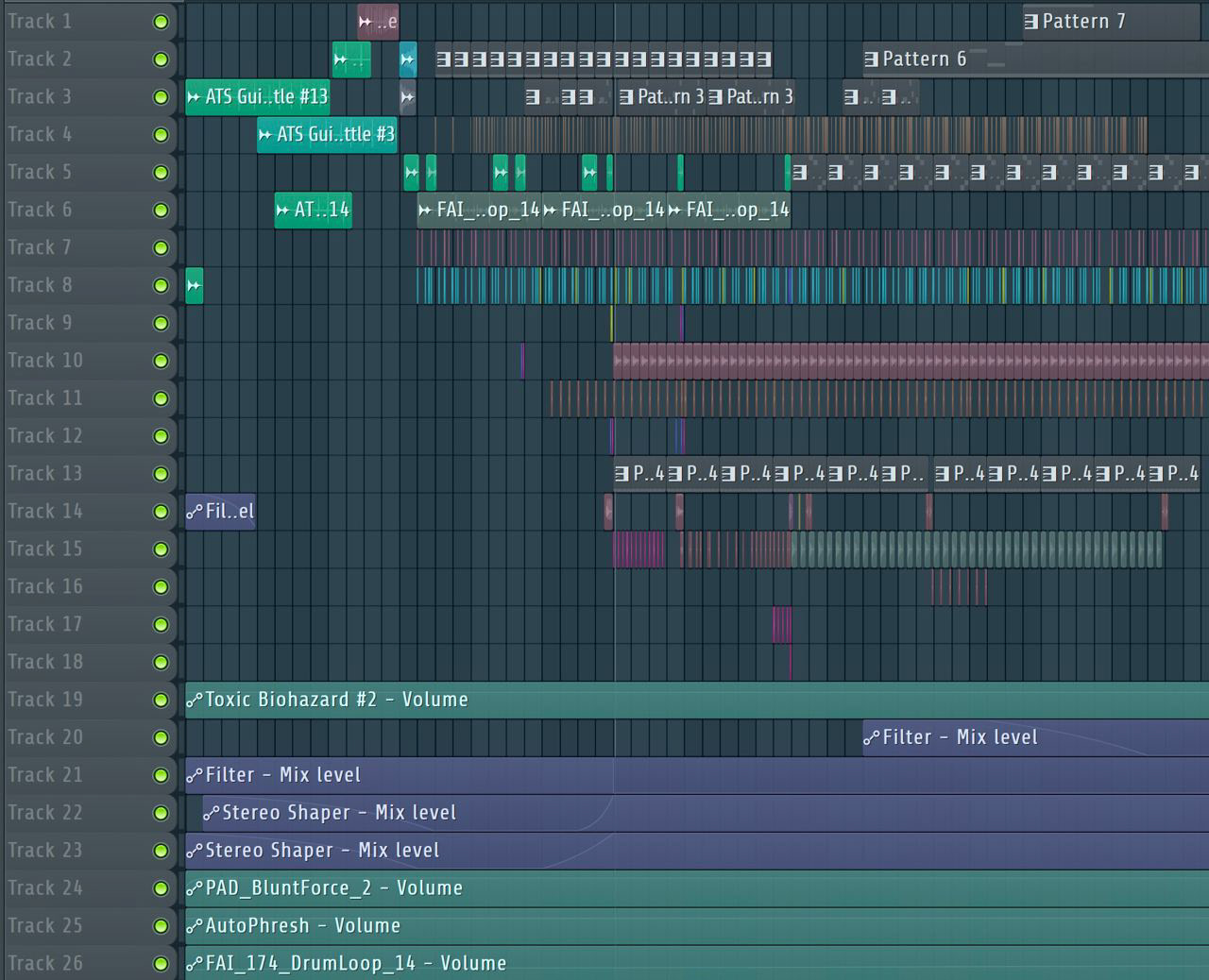 Sound design part took quite a while in order to bring it to my sense of perfection, but was an absolute pleasure to work on.
I love creating compositions and sound design for my pieces, so Ive crated a 15 minutes ‘mixtape’ full of ideas, experimentations and iterations of possible sound design. 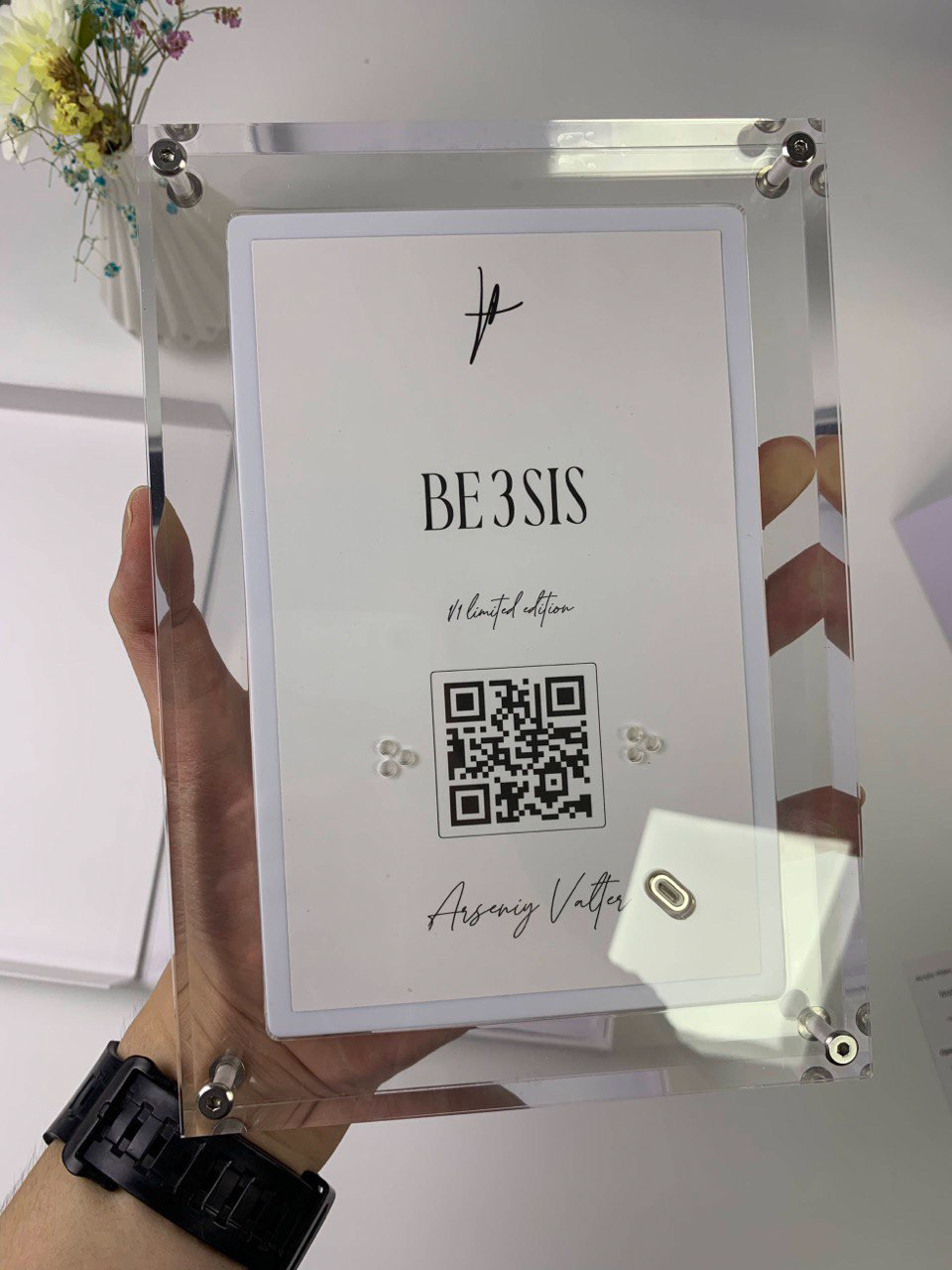 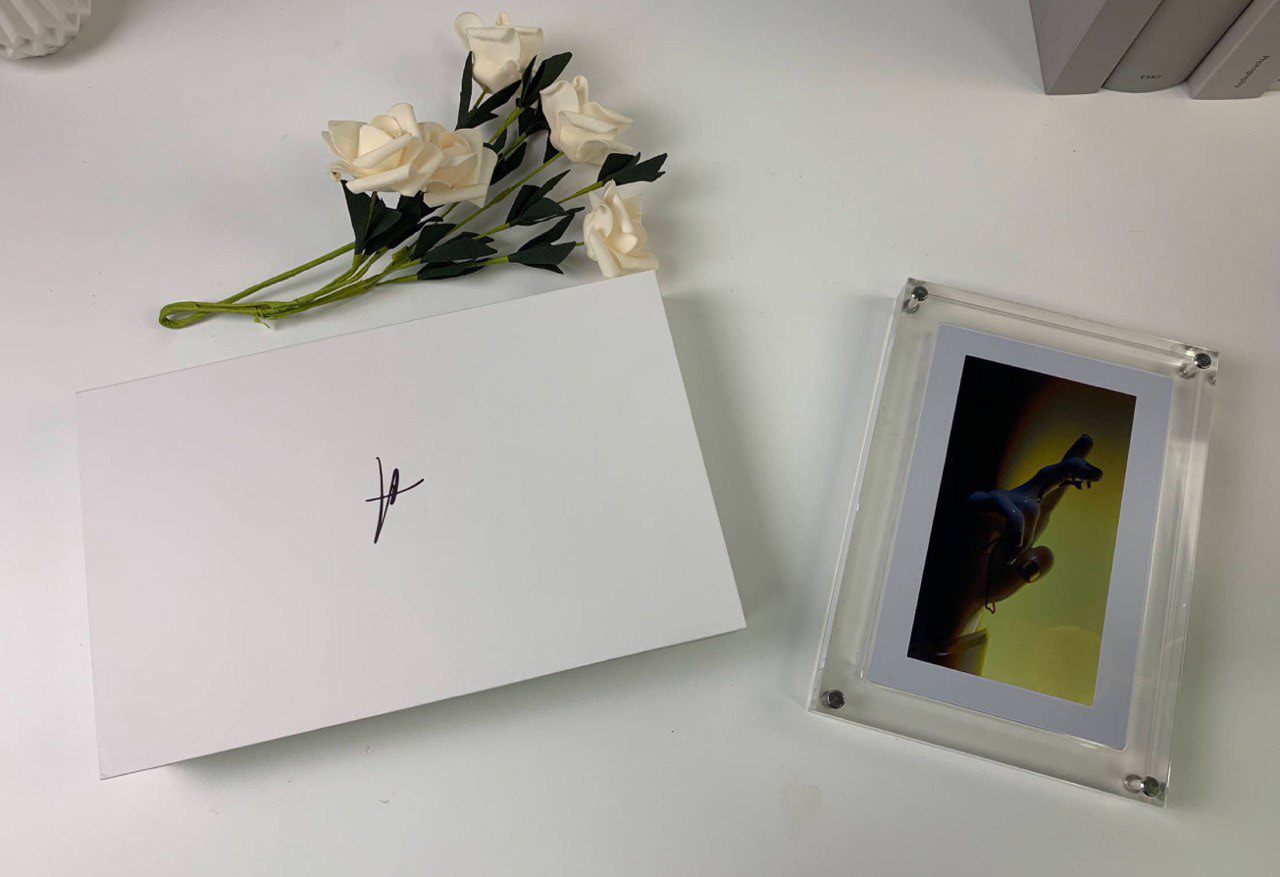 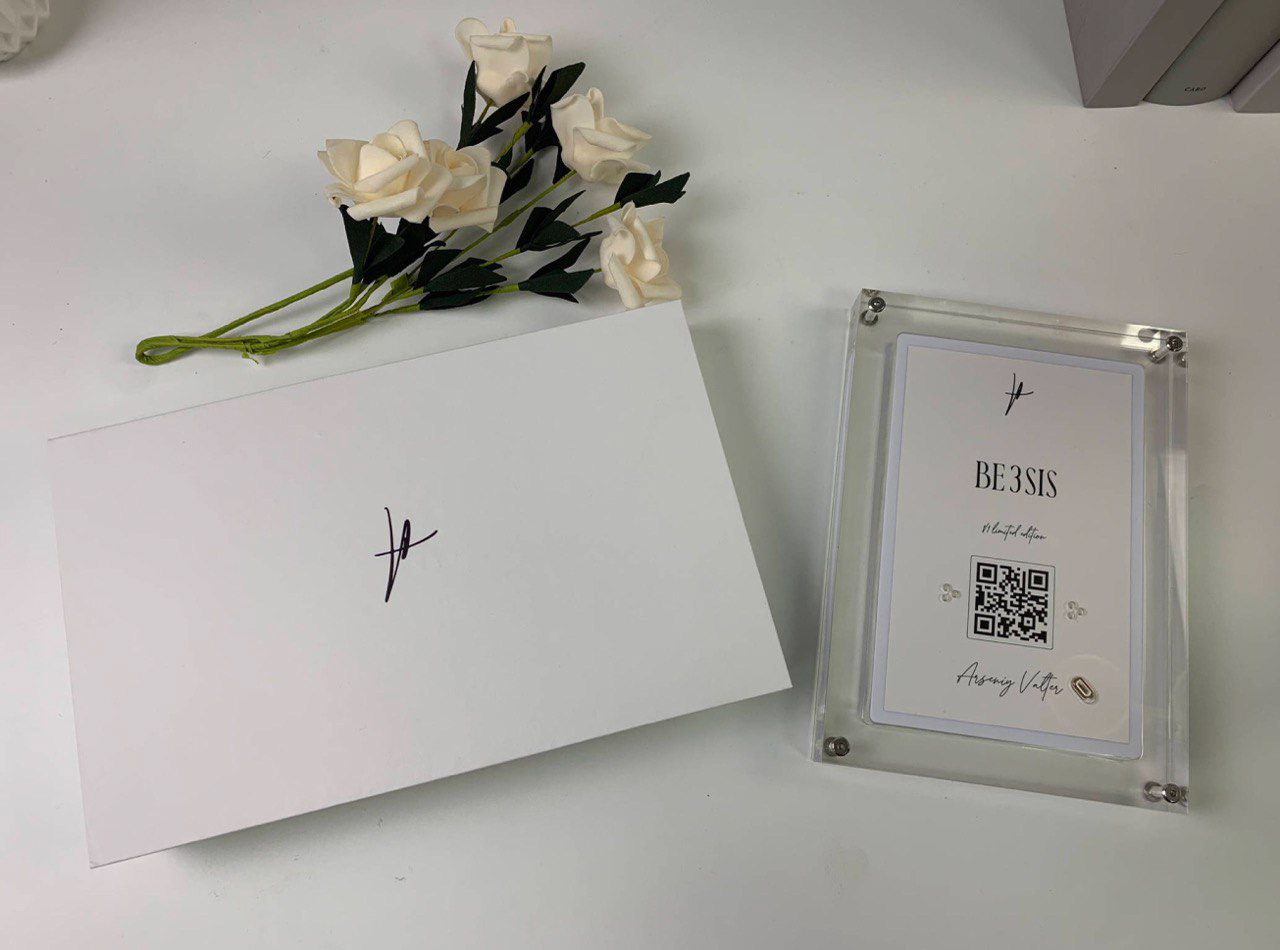 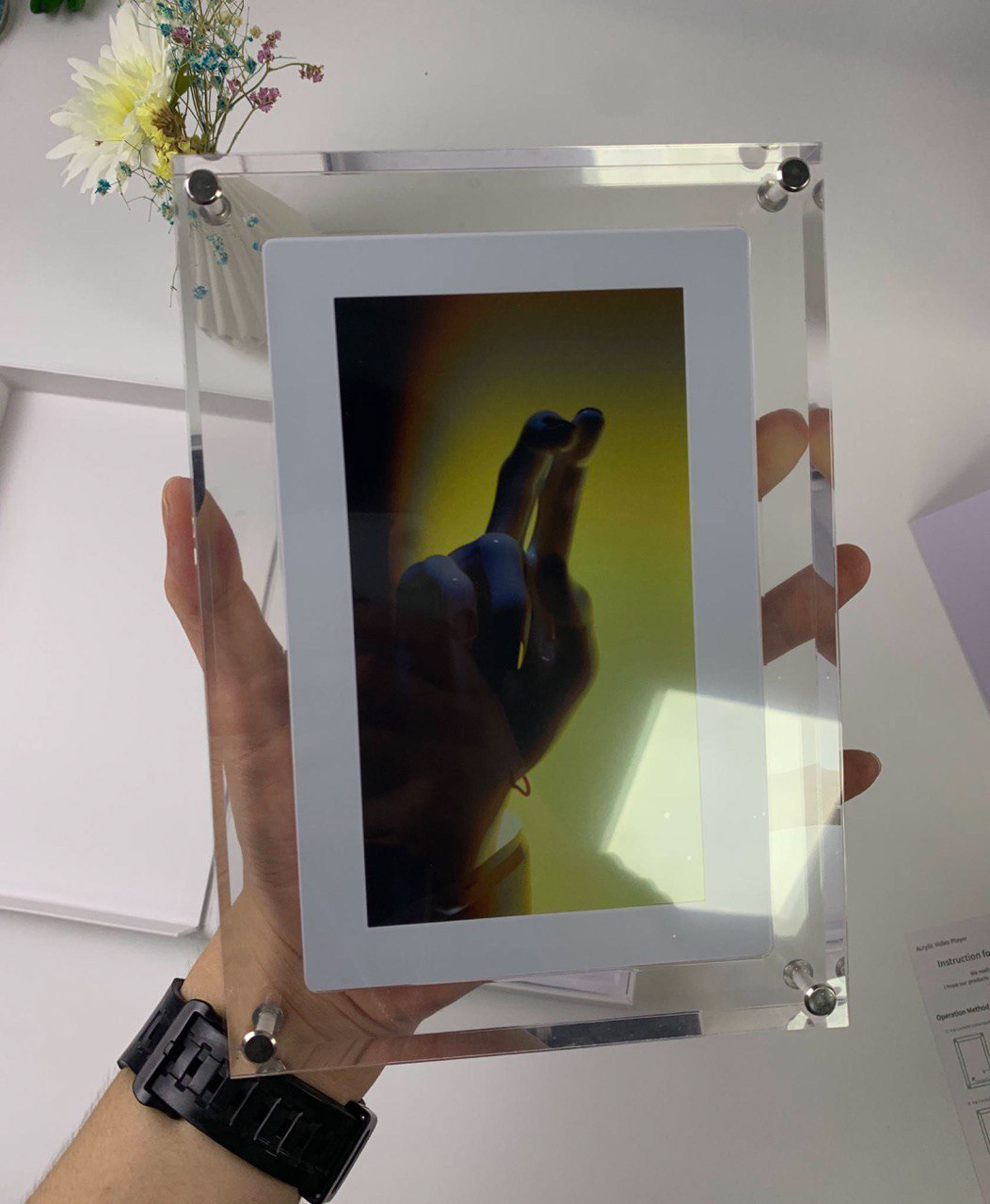 Lastly Ive dreamed of shaping this piece into physical form, when you can actually view it a frame, hanging on a wall or standing on a table.
Ive contacted several companies related to producing digital frames for art/nfts , but couldn’t receive an answer I was satisfied with .
It was either design, minimal order or something else.
So Ive decide to find manufacturer myself, design the digital frame, the box and overall appearance of the physical piece.
It was quite an intense process and text to read, but I want to thank everyone for support and critique along the way, that helped me to create this piece and continue my artistic journey !
↑Back to Top